Each year, an onslaught of Mini-Me’s descend upon Colorado’s annual river games: The GoPro Mountain Games in Vail, CO, FIBArk and the Royal Gorge Whitewater Festival. These wave munching Mini’s partake in some of the craziest, carnage-causing races we’ve ever seen. Here we’ll take a look at the 2015 GoPro Mountain Game’s rafting events. 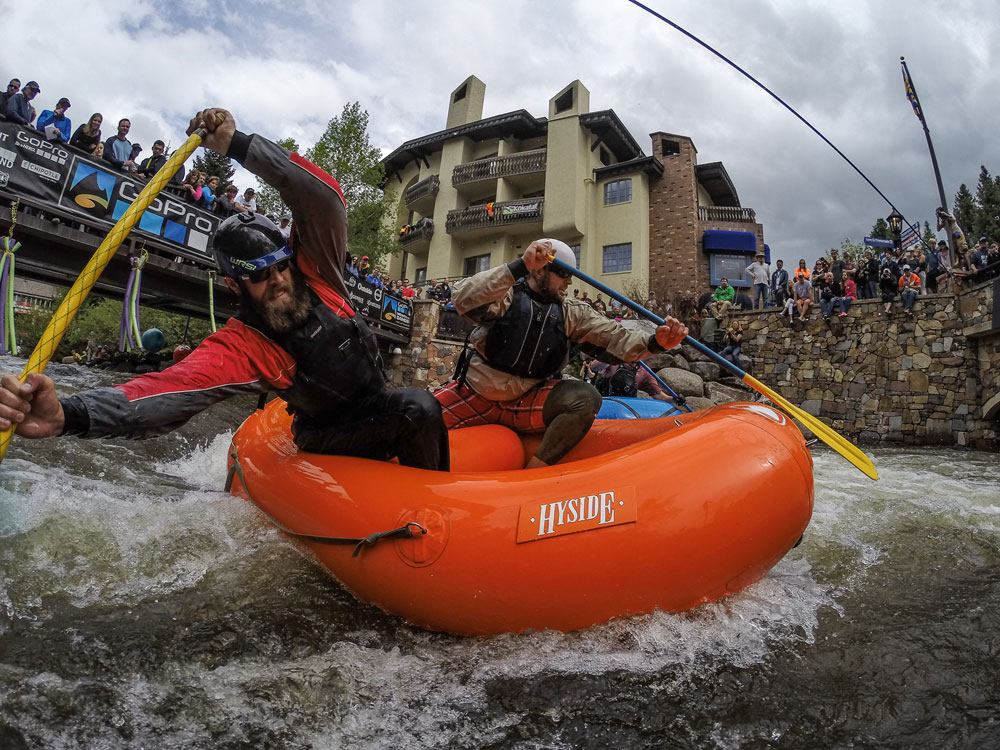 There are 2 raft events at the GoPro Mountain Games: The Down River R2 Raft Sprint and the Raft Cross.

The Down River R2 Raft Sprint is a new event at the GoPro Mountain Games. Identical in format to the Down River Kayak and SUP Sprints, the R2 Raft Sprint is a four mile raft race (two person rafts) on the Class II/III whitewater of Gore Creek from East Vail to the Covered Bridge in Vail Village. With a rally race format, rafters drop at timed intervals and teams race against the clock. See more info here for 2016’s Raft Sprint. 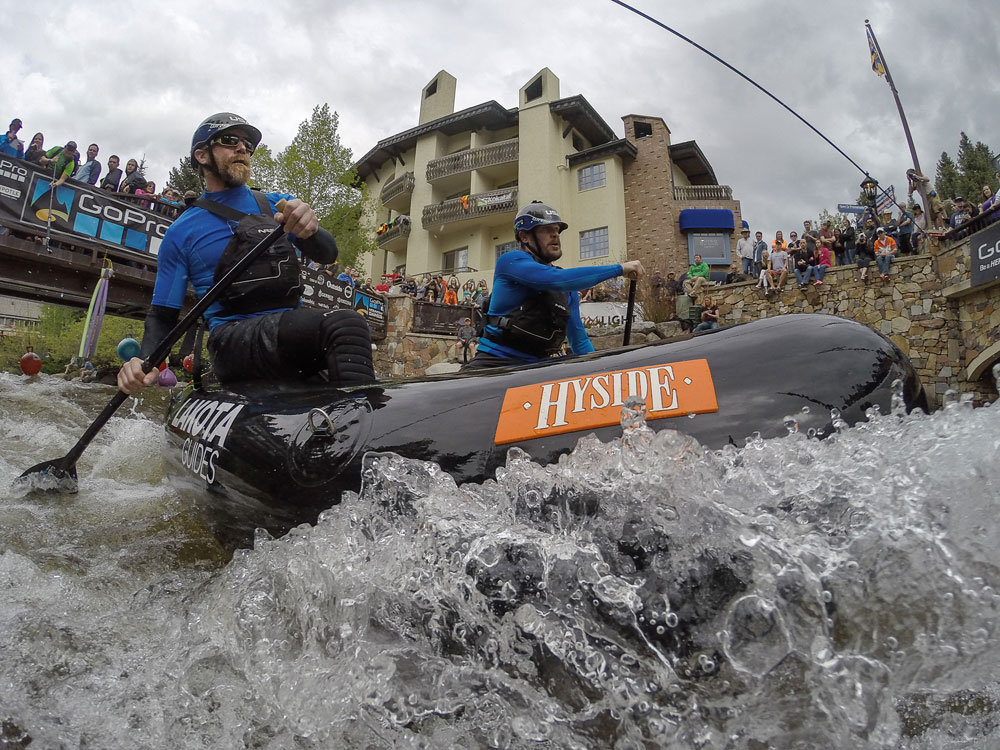 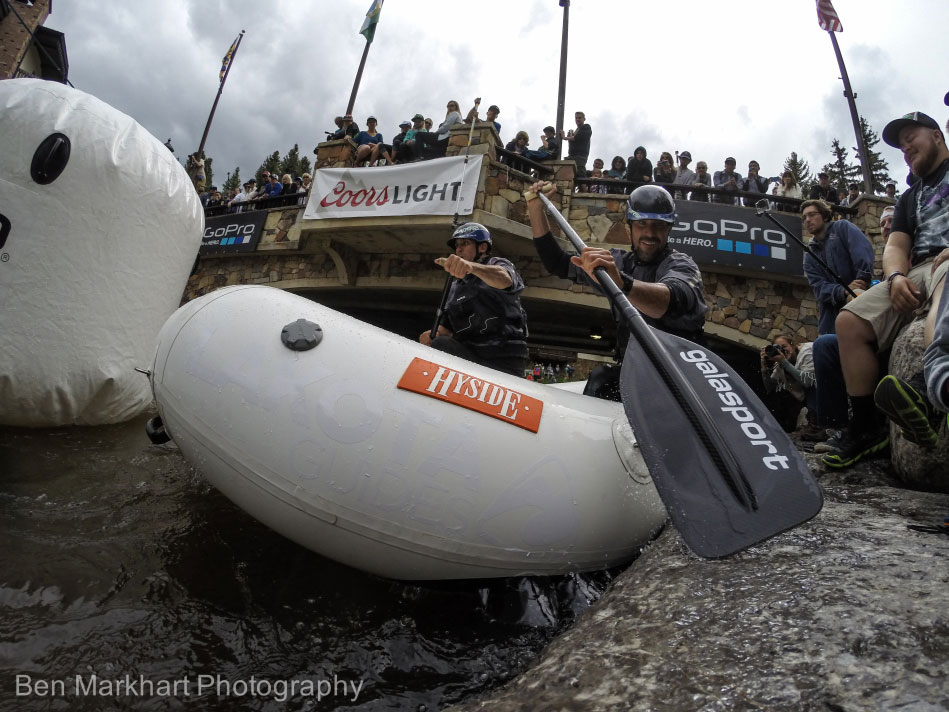 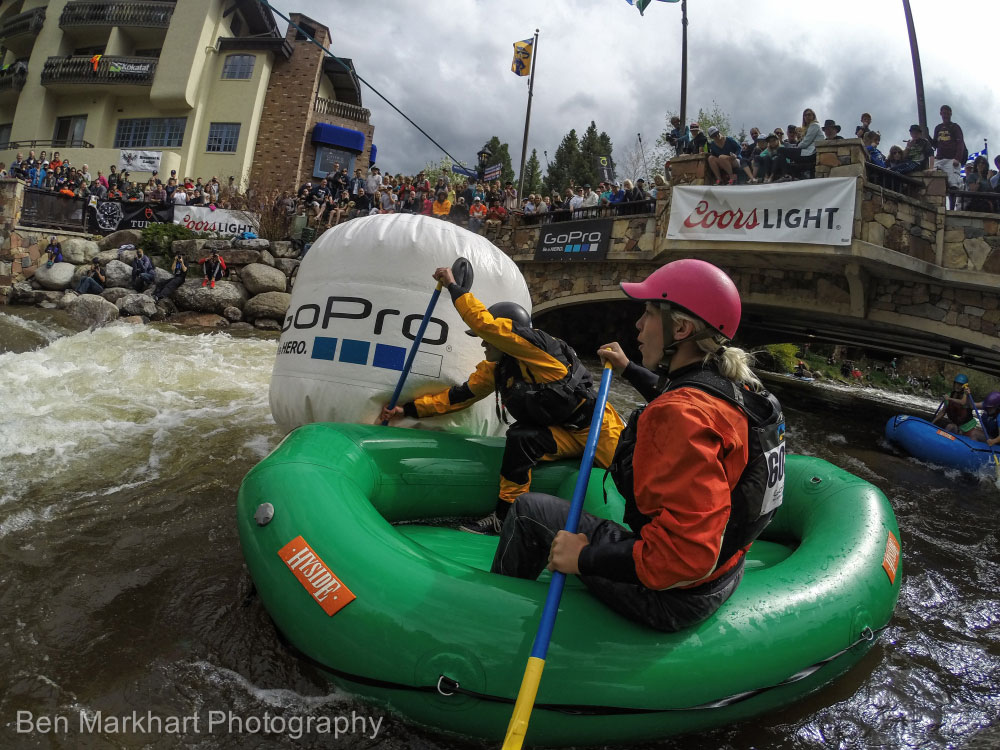 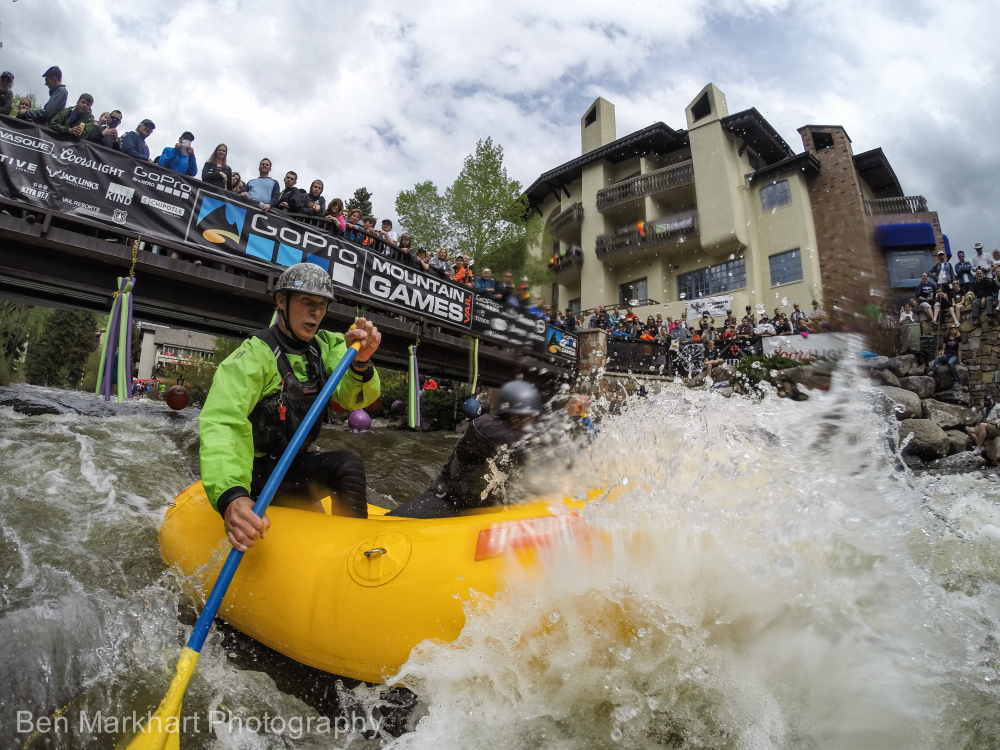 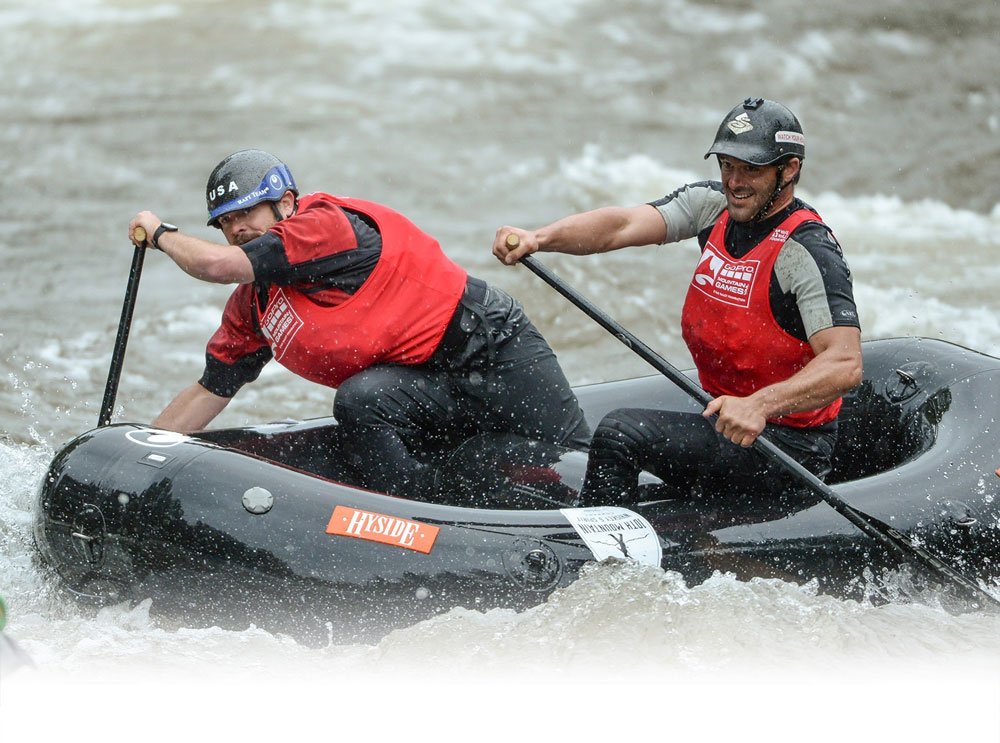 The Raft Cross is a raft race (two person rafts) on the Class II / III whitewater of Gore Creek in Vail Village.  Two person teams have a chance to showcase their speed, agility and aggression in a timed qualifying run through the heart of Vail Village on Gore Creek. Teams are then placed in “race pods” of no more than three teams to go head to head in the Vail Whitewater Park (1/10th of a mile). The winner(s) advance to the next round.  Along the way, rafters have to navigate no less than 2 upstream gates and get this, RAMMING IS ALLOWED! The Raft Cross is a rafting competition not to be missed!  Here’s the details for 2016’s Raft Cross. 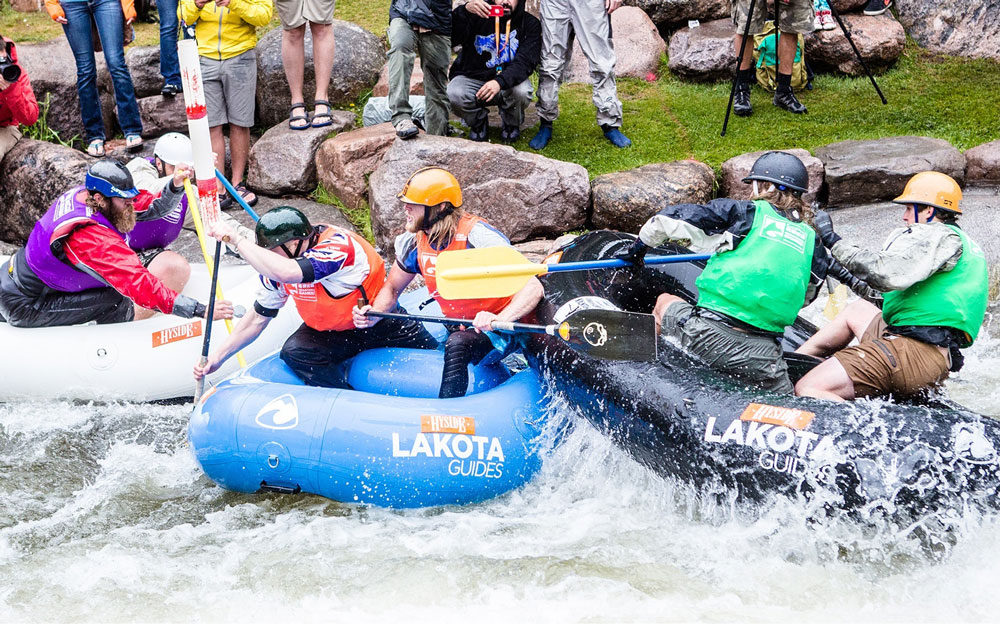 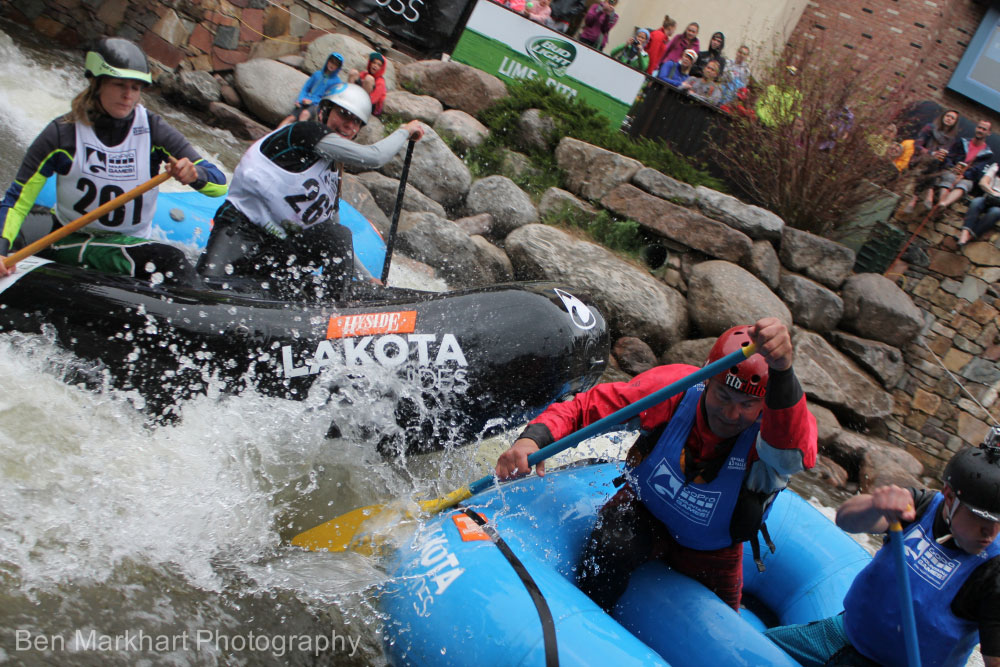 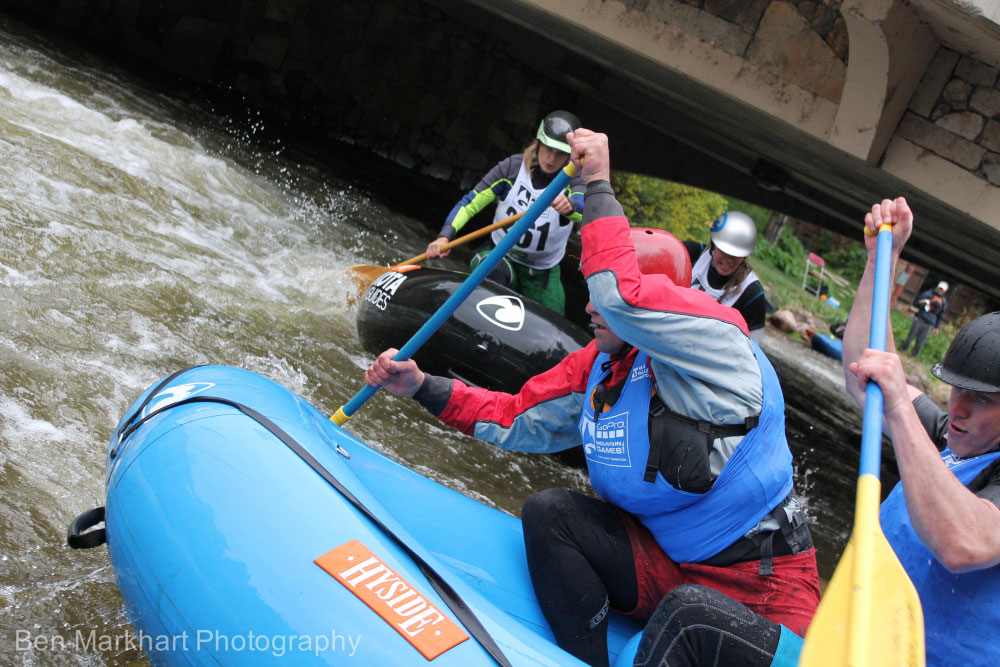 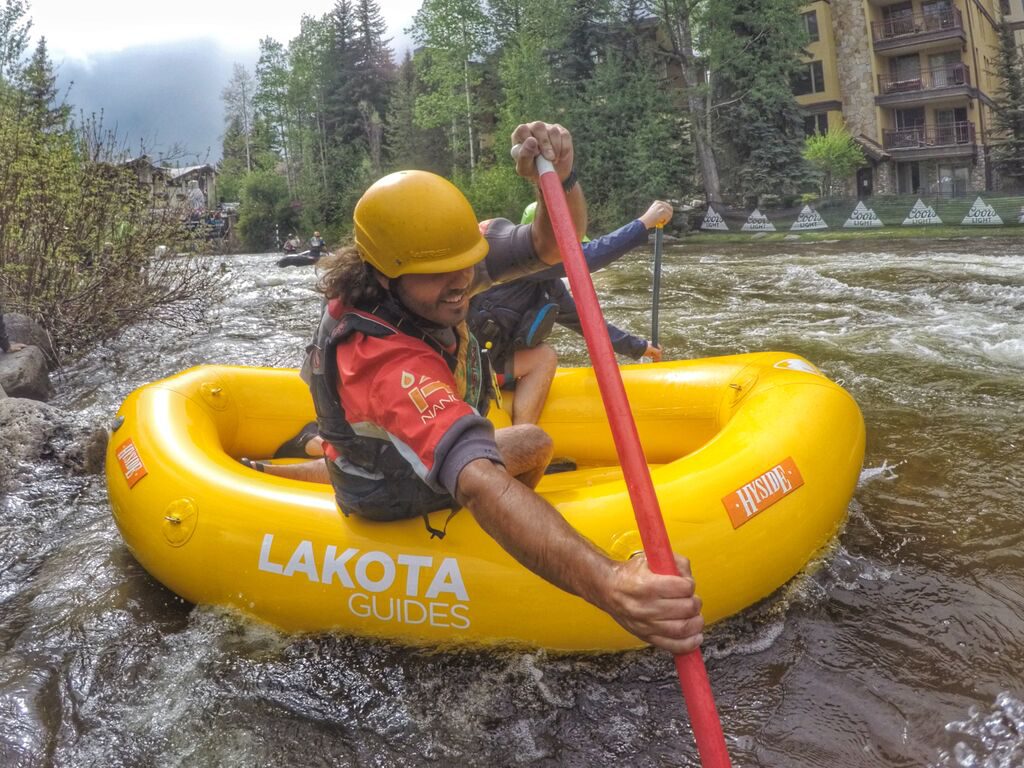